Last week a sk8ter boy in Tasmania spotted a UFO, not once, but twice. Not only that, but he managed to capture it on video using a tripod, or else he has a much steadier hand than your average UFO cameraman; 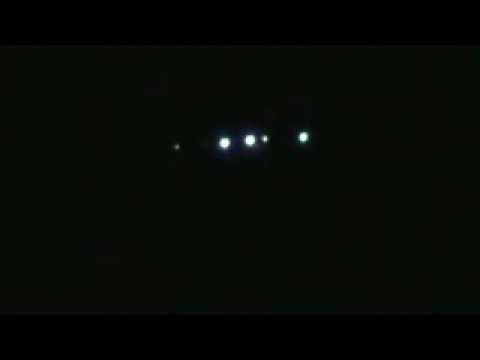 The thing that gives this story plausibility is the emphatic denial the media was quick to heap onto the story. The bureau of meteorology suggested it might be the Aurora… err I don’t think so. Even a six year old raised by camels in the desert could probably tell us that the blinking lights are not the aurora.

Air Traffic Control confirmed there were no aircraft in the area at the time. What time? I checked out flights and they are pretty regular in and out, not to mention private aircraft. And just turn off your transponder and you are invisible to ATC.

The military ‘did not comment’ –perhaps they were never asked? See, this could have been the clincher. The military have the real radar that spots everything, but they didn’t comment.

The thing that was not reported was did anyone else who was not in Sk8ter boy’s house see the lights? I know Tassie is a bit cold at the moment, but I refuse to believe no-one was out and about on Saturday night!

You cannot help but wonder if the media beat up is in fact a conspiracy. If they make such a fuss each time flashing lights are seen, soon enough we’ll just ignore them all. As Fox would say I want to believe.

The journey of a spec fic writer.